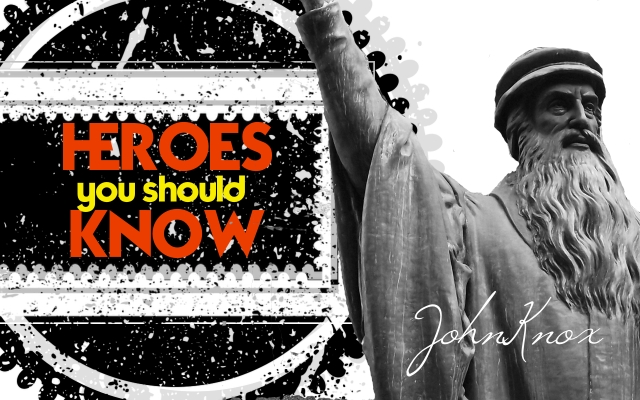 I’ve always been inspired by reading biographies.  I especially love biographies from Church History.  This week, I finished reading a wonderful, succinct work by Steven J. Lawson, John Knox: Fearless Faith.  I was inspired to bring Church History to this blog.  From time to time I will offer up vignettes in this series:  Heroes You Need to Know.

Steven J. Lawson writes of Scottish Reformer John Knox, “If Martin Luther was the hammer of the Reformation and John Calvin the pen, John Knox was the trumpet.” Trumpet blasts seldom go unnoticed and often draw attention. In Knox’s case, that attention tended to frequently land him in dangerous situations. He survived multiple assassination attempts and was often embroiled in controversy. Three examples demonstrate his commitment to the Word of God. 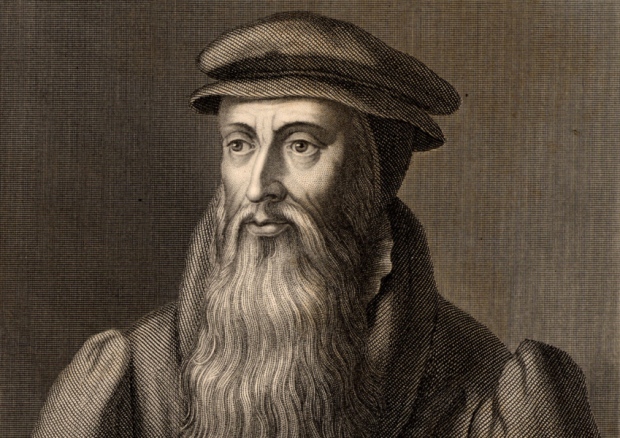 In 1547 Knox was the presiding pastor in St. Andrews. In June of that year, eighteen French galleons laid siege to the castle. The intensely Catholic French government was keen to squelch the reformation fever sweeping through Scotland. After a month-long attack, St. Andrews yielded. Knox was captured along with 120 other Protestants and forced to be a galley slave in the hull of a French battleship for the next nineteen months (1547-49). Knox’s faithfulness to preach the Gospel led to severe consequences. He was chained to an oar with little food, deplorable sanitation, and rampant galley fever. Scorched by the sun and shivering through cold nights at sea, he grew physically weak.  His Protestant convictions, however, never wavered. In an attempt to drive him back to the Roman faith, his captors tried to force him to kiss a statue of the virgin Mary. Knox resolutely resisted: “Trouble me not; such an idol is accursed and therefore I will not touch it.”[4] Enraged, Knox threw the statue overboard and declared, “Let our Lady now save herself; she is light enough; let her learn to swim.”[5]

A second demonstration of Knox’s commitment to the authority and sufficiency of Scripture can be demonstrated in his refusal to compromise his sermons, even in the presence of powerful political figures. Mary Queen of Scots, ruled as monarch for most of Knox’s later years. Her relationship with Knox was turbulent, and at times volcanic. Knox publicly and repeatedly decried her staunch Catholicism as heresy. In July 1565, she married her cousin, Henry Stuart, Lord Darnley.[6] Darnley visited Knox’s church in great pomp to hear Knox preach. An ornate throne had been made especially for Darnley.[7] Knox, fully understanding his royal audience and his Catholic convictions, chose as his text an unfavorable passage about King Ahab. He delivered a scathing rebuke on the abuse of royal power. Knox declared:

“Kings, then, have not an absolute power to do in their regiment what pleaseth them; but this power is limited by God’s Word; so that if they strike where God commandeth not, they are but murderers; and if they spare when God commandeth to strike, they and their throne are criminal and guilty of wickedness that aboundeth upon the face of the earth for lack of punishment.”[8]

The king was so infuriated with Knox’s sermon that he summoned him that very night. In this incident and Knox’s many entanglements with Mary, Queen of Scots, he never wavered from his biblical convictions.

Knox was a faithful preacher until the end of his brief life. Because of his unwavering preaching, Queen Mary of Scots considered him “the most dangerous man in all her realm.”[9] It is said that Knox, a naturally introverted man, came to life in the pulpit. Arthur Herman writes about Knox, “Uncompromising, dogmatic, and driven, John Knox was . . . a preacher of truly terrifying power . . . a Protestant firebrand!”[10] This “Protestant Firebrand” preached until a week before his death. Assistants would aid him to enter the pulpit. Once there, the Reformer would discover a strength that was not his own. James Melville, a teenage student, heard Knox’s preaching in the last days. Of the elderly Knox’s preaching he writes, “He was very weak. I saw him, every day of his doctrine, go slowly and warily, with a fur . . . about his neck, a staff in one hand, and good godly Richard Ballantyne, his servant holding up the other.” After Ballantyne aided Knox to be “lifted up to the pulpit, where he behoved to lean at his first entry, but before he had done with his sermon, he was so active and vigorous, that he was like to ding [hit] the pulpit to blads [pieces], and fly out of it.”[11] What can cause an old man in poor health to become so vigorous he might “fly out” of the pulpit? What inspires a man to confront kings and nobility? What could so enflame the faith of a slave that he fires back at his tormentors? Such is the impact of passion for Christ! When Scripture alone is your source, nothing makes a man more fearless than to preach the Word of God rightly divided!